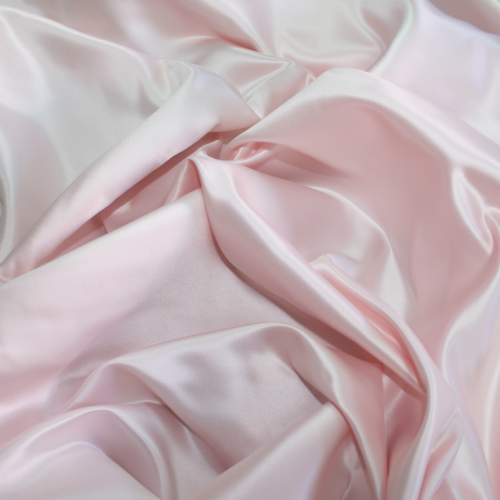 "Do you think this is blasphemous?" Tommy asked, more than a little sheepishly.

"More like diaphanous," Peter offered, but his disinterest was apparent. He was hardly impressed with this, Tommy’s latest effort in pink taffeta. The flowing dress abruptly drooped. Tommy let it drop all the way to the floor, unfinished. He was disappointed. "You never like anything."

"I like whatever is good," Peter sighed. Not this again.

"Just never me," Tommy whined, trying now to make the best of a steadily deteriorating situation by groping after Peter’s brown pirate pants.

"Stop that," Peter scolded. "You’re behaving like a ridiculous child."

The pieces were just not coming out how Tommy had envisioned them. He could admit, now, that he simply didn’t possess the manual dexterity, all right the sewing skill, to fully actualize his vision for the Fall collection. He would have to rely on Peter for help. Peter could do anything.

Problem was, Peter didn’t want to help. Considered Tommy’s dallying (he called it dallying) with fashion to be a distraction from their obvious true calling: ripping off the neighbors.

Yeah, but Tommy cared about more than just making money.

He wanted the neighbors to want him, too. And for the right reasons.

For what it was worth, Bear liked the dress. Picked it up off the floor after the boys had gone out to do whatever it was they did up top the silo. Holding it up in front of himself in the mirror he felt pretty, perhaps for the first time in his very long life.

The boy would pay for that.

Still, Bear was curious to see where it all might lead. If Tommy only kept at it, developing his talent, who knew how far his prodigious potential might unfold?

It was a puzzle Bear would worry at, pawing it over like some negligible smaller animal, right up until the moment he realized it was too late for him to withdraw.

Peter peered through his hands, forming a triangular frame around the pink fabric of Tommy’s latest creation.

"It’s just. This material is preposterous," he finally said.

"Your mom," Tommy remarked, quite creatively. It would be hard for Peter to argue with this, since his mother was essentially nothing more than a giant pink triangle.

"Let’s leave that bitch out of this," Peter laughed. Tommy laughed too. Perhaps too readily, but Peter let it drop. If he himself had been proven not to exist, well, then, he could hardly throw out a flag over some minor point of procedure where his equally non-existent mother was concerned. Fair was fair, and all that shit.

Peter was annoying. Always worrying about (bothering himself with, more like) rosters, trades, and stats. If a dress Tommy had made failed to trend, there Peter would go, calculating, unsolicited, the precise amount of money Tommy had lost them fiddling around with his unsalable product. He could be relied upon to point out that meanwhile, there rested copious amounts of perfectly good junk up top the silo that could easily have been siphoned off and filtered down to the rubes on the lower levels at whatever premium he and Tommy chose to command.

Peter didn’t understand Tommy’s art. Tommy was sometimes sorry he had created him.

Tommy put on the pink dress and climbed back into the freight elevator.

"You coming?" he asked Peter, suggestively.

"Not yet I’m not," Peter quipped in reply.

Dad lit his ritual tobacco and invoked Mars deep into his lungs. Getting born had undoubtedly been a mistake, but here he was. Periodic field trip around the sun.

Smooth flavor, he guessed. He hadn’t been able to discern any difference between his usual brand and this new stuff his boy had brought back from beyond the silo. He had to smile. The boy seemed to know his business.

Breaking the news to him that he didn’t have what it took to compete in the cutthroat world of wartime fashion was going to be a real bitch. But he did like those pink numbers the boy had been cranking out lately.

He hated this. The merciless honesty. Everything he had hated about his own father.

This was what being a father was all about.