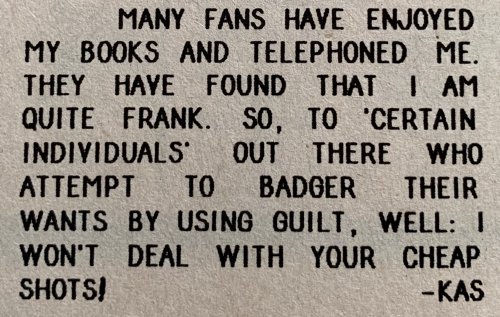 SL, protagonist. "Every novel is somebody’s first," SL said, by way of introducing the present storyline.

SL’s friend, supporting actor. "Sometimes I think I don’t know who I am anymore," he mused, and happily downed his coffee.

Preamble concluded, the main cast got on with their tale.

The hotel was a couple hundred years old, give or take a few decades. Not that a casual would be able to tell, after unending waves of renovations. The parts that looked the oldest were in most cases the most recent facelifts. The hotel restaurant, for example, had been rebooted just last month.

SL liked the hotel restaurant. He’d pack up his supplies and sit down there in a booth for half the day, reading his comics and sketching the other guests. Most of them would calm down if he showed them his work.

SL’s friend didn’t like to be sketched. When SL picked up his pencil, his friend would usually up and leave the room, often without saying a word. Suited SL fine. As time wore on he began to regret inviting the imbecile along. And he’d even offered to pay. Idiot.

No bacon this morning. It had only taken them a month to figure out he wasn’t going to eat it.

The fines for attempted network connections were accumulating steadily. Fortunately he was fucking rich.

He’d sit down there in the restaurant and wait for something remarkable to happen. Something rarely did, so he didn’t make many remarks. During the interim between minor piques of interest SL would maintain his recovery journal. Filling page after page with minute details of mundane memorized responses to the predictable plot machinations. He supposed this was what they wanted. He described what it had been like to probe the shared hallucination for the familiar topography of his face.

Nowadays he just looked in the mirror.

Or in this case, a salt shaker. His reflection bent and wobbled as a server knocked it completely horizontal, bumping into SL’s table on her way through the dining room to put out a small fire near the smoking section.

The quiet here was unbelievable. SL found it was conducive to memory, which was something of a mixed blessing. On the one hand he needed to keep in mind why he was here, but on the other hand he didn’t really want to be here.

He was out of hands.

Most of his personal equipment had been confiscated upon arrival, but SL still carried concealed within his shirtsleeve a backup pair of data gloves, folded neatly into a tiny green square and pressed into an equally diminutive Faraday pouch.

Hastily, he ripped open the pouch and slipped them on.