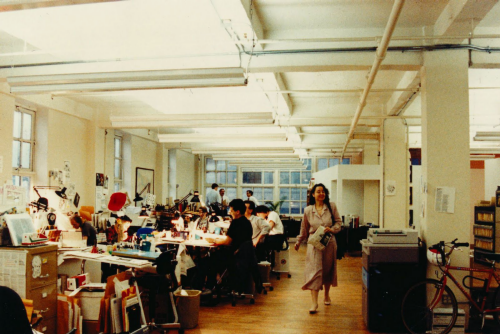 The RIVET RIVET program at OL-DET 9 quickly yielded results. Several fresh frog memes were acquired and modified by the staff to accommodate a variety of specific mission requirements. Deployment would be contingent upon the needs of the mission planners, who were in constant contact with program managers at the operating location. Meme techs were insulated from the bureaucracy by SL.

The techs had gone so far as to incorporate a photo of SL’s face into several of their newest memes, and had proceeded to paint, stamp, sculpt, scratch, and otherwise post the SL frog far and wide, until his frog-ified face had become synonymous in some circles with the program’s official product.

As OL-DET 9’s reputation spread throughout the company, department heads, second lines (and above), project managers, sales reps, and marketing evangelists all began to request their own tasking of SL’s obscure new capability. The small bespoke shop was soon inundated with non-mission critical work, leading to an epidemic of fatigue and burnout amongst his men. SL relieved the pressure by changing the shop’s name and moving everyone up to a different floor within the company’s sprawling vertical complex.

And so, the Emotional Intelligence Support Activity (EISA) arrived on the 17th floor with morale intact. The place seemed to have been deserted at some time during the past century (a distinct possibility, given the upward rise of executive talent during the building’s frequent growth spurts). Abandoned amidst the deep pile carpeting and dark wood paneling loitered similarly anachronistic, classic advertising, pitching iconic products such as epidural antidepressants and holding company background checks. Spam it all, SL and his boys had arrived.

The lateral elevator dinged, and a stream of newly hired bit players filed contiguously off the EISA bus.

SL waved them all through.

Depot maintenance for his office chair. In the absence of shiatsu massage, SL wandered the open floor plan of his production facility as programmers, bug testers, design techs, and other registered autists prairie-dogged his progress through the restricted zone. Nobody wanted him to see what they were (not really) up to. It figured, SL figured. He wasn’t so far gone that he couldn’t recall his own musings upon the fact that micromanagement was the enemy of all progress. He tried to observe as unobtrusively as possible.

"The observer effect," remarked one of his men, suddenly and quite startlingly standing right beside him.

SL turned his eyes toward the executive lounge without responding to the jibe. His visor had been turned off, he had wanted to say, but this time he decided to keep his mouth shut as he retreated from abject humiliation.

Let them make of it what they will.

RIVET RIVET: FLASHBACK: ORIGINS was a sub-group within the program, tasked with documenting its parent’s progress. The result of their work was circulated via the program’s internal mail system. Field agents paid cover price, while managers filed multiple copies for free (one to read, one to later sell, and one to be slabbed for posterity). Their product was often controversial: history was not just a matter of writing things down, but a process of teasing out nuance from the collective activity of nearly a hundred uncommunicative specialists. The tension between reality and the written word was palpable. The office was stuffy, and these people had all been hired under relaxed grooming standards.

After much internal debate, SL assigned himself the task of compositing the program’s official historical narrative.

Working title: RIVET RIVET: HISTORY IS WRITTEN BY THE MANAGERS.