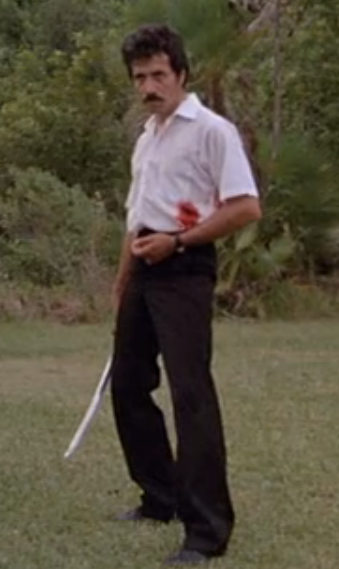 BATTLES WITHOUT HONOR AND HUMANITY

Esmé slipped the book into her MP3.COM branded messenger bag. At this point, shoplifting was merely habit; she hadn’t even looked at the title. Across the aisle, Ororo was staring her down.

This new comic shop was okay, she guessed. "The Floating World." Ororo had said it had something to do with Shinto, a Japanese religion. Whatever, Esmé didn’t even like comics, much less religion.

"There are no Marvel comics in this store," Ororo said.

"Fuck the X-Men!" they screamed in unison, and laughed.

Castillo was never actually seen driving, but somehow he appeared in different locations around the city. It had been the same in Miami. A mystery to everyone that knew him.

On his way out of the mall he’d ignored obvious signs of loitering, shoplifting, and even drug use. Not like himself, but then, after the confrontation at Daisuke’s, he was tired. Even after disassembling the rock boy, he’d somehow managed to impale himself during egress on a broken spire of the security barrier. No doubt to Daisuke’s great amusement.

Driving now, Castillo glared at himself in the rearview mirror.

He pushed in the cassette adapter for his phone, thumbed over to his audiobook. Rolled down the window and lit a cigarette.

Bleeding all over his seat.

He hadn’t even bothered to engage the cloaking device.