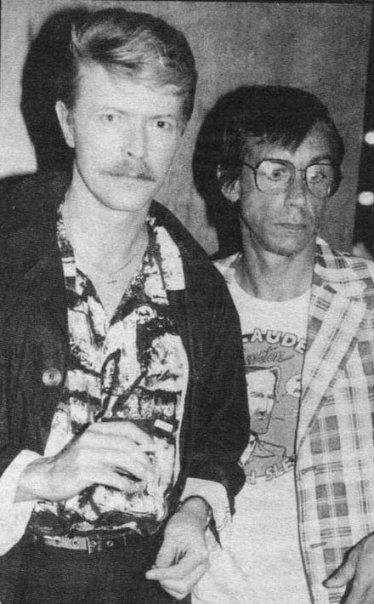 Every moment of his youth apart from its dream was forgotten

It was time to dry out. Like so many of his contemporaries, he had made his way to West Berlin, to take in the waters, to suffer the moribund, exquisite desolation, to luxuriate in the low bandwidth and utter lack of interest in—or from—the outside world.

Newcomers recognized each other easily by the pale strip of tender flesh surrounding each set of eyes, where their visors had been attached, never before removed. The visors would be useless here— they didn’t even work as sunglasses.

Blue ridge, no antennas. The town was situated in the cleft of an ancient river valley. It was easy to forget sometimes that anything lay beyond, if in fact anything did.

SL had never seen the place. Not with his own eyes, anyway, and his pale strip was starting to heal over.

He stopped the record player and returned the vintage pressing of Scott Walker’s Tilt to its pristine sleeve. He liked the record, but the input was overwhelming him.

He’d come to West Berlin with a friend. Perhaps friend was too generous. A contact. They shared an affinity for a particular misconception of West Berlin culture. Old books, music. Of course, that world was long gone, if it had ever really existed. Which, now that he was here, seemed increasingly doubtful. Still, they were interested. You could say, willfully credulous.

They’d met online, many years ago, and now it was time to dry out.

"What’s your name, anyway?" his friend asked. "I mean, your real name. In real life."

It was a dubious question. What constituted real life? Also, did SL sound like an alias?

"Okay," said his friend, satisfied with the singular morsel of misinformation.

They rode the lateral elevator down to breakfast in the hotel restaurant. SL asked for his usual scrambled eggs with toast and instead received a small round plate heaping with bacon.

"You gonna eat that?" asked his friend.

The poor fool was oblivious to the spiritual implications of consuming swine flesh. SL nudged his plate across the table, careful to avoid spilling his tea.

The morning sun ducked behind a smear of clouds and the pair soon followed suit, finishing off the remainder of their meal in silence before making their excuses and retiring to the darkness of their separate rooms.

Hotel surveillance promptly detected network traffic passing to and from the rooms, a blatant violation of the terms of service.

The response was automated and immediate, brooking no appeal to due process.