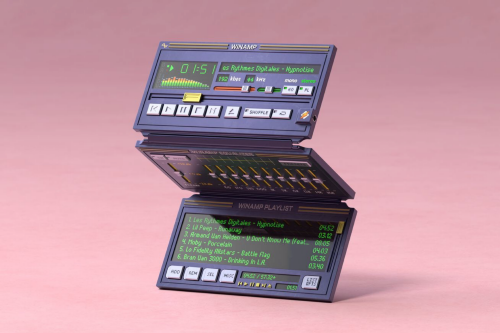 So there were at least two projects. Maybe more. SL figured he couldn’t be the only one in charge. Probably he wasn’t the only one multitasking, either. He thought that he might get away with some overlap in personnel if he selected for competence and managed the contractual language with skill, but he was careful not to sashay too far down that road—compartmentalization was next to godliness, and, counting himself, there would already be one person aware of what he was up to.

"I’m from the projects," he would mutter whenever he wasn’t reciting other dialogue.

He didn’t get it.

"I’m from the projects," Aij recited hesitantly but firmly into his shoulder mic. He heard a heavy mechanical click and then the door to his lab slowly began to swing inward, its substantial weight grinding dumbly against the concrete floor. Aij sashayed across the threshold and was immediately detained by a representative of the lab’s security staff, who, eager to apply a contractually precise measure of force, stepped hard on Aij’s Birkenstocks and caused him to stumble several paces backwards on his now sandal-less, black-stockinged feet.

"Hey, asshole," Aij stepped back into his sandals, "I’m just coming back from lunch. You waved me out of here yourself an hour ago."

The rep’s hand hovered mere centimeters above his holster. The confrontation had escalated quickly.

Aij decided it wasn’t worth it. He retreated into the big chamber outside of his lab and put in another ticket for his manager, who would not be happy to hear from him again so soon after his last plea for unnecessary help.

It was his lab.

He’d been promoted. Upcycled. Which of course meant no more access to his old work. A neat solution to the largest loophole in the Peter Principle. Cut off from his old sphere of influence, he could no longer tamper with the principals still locked inside it.

He quickly surmised that his new assignment was in fact congruent to what he’d been working on before. Or maybe it was symmetrical—he was bad with visual metaphors. Stipulate that the two projects were related. Aij realized with a familiar sinking feeling that much of his effort had already been duplicated here by other fledging savants, each toiling alone, happily churning out innovations in blessed isolation from the rest of the company. He wondered just how many of them had ever suspected there was a higher power coordinating the whole abysmal procession—a new awareness he’d found himself harnessed to through no real fault of his own.

Probably, he realized, nobody cared.

In this way, Operating Location Detachment 9 stood itself up with a minimum of fuss. Even though some of the contributors doubtless wondered about the underlying scheme, nobody said a word. SL was at first incredulous, but as the years endlessly scrolled by, everything continued to... work. One didn’t tend to interrogate one’s effortless successes too harshly. Maybe the bigger picture really was an irrelevance in the greater scheme of things. Maybe his guys were doing all right.

He was sure he couldn’t say.