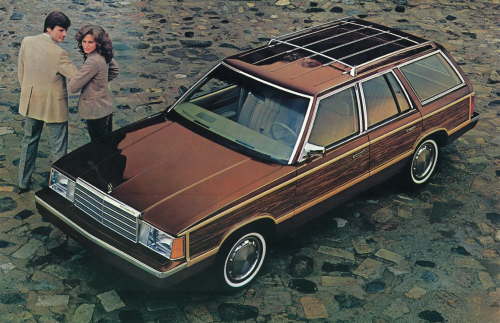 Bill Fomo was tired. He stopped to inspect himself in the reflecting glass before entering the food court. He hadn’t bothered to shower after the fire, and now he wasn’t sure he had the energy left to stand up and wash himself off. Sweat trickled down his face from a reservoir somewhere under his mesh back cap. Like a weeping skylight, or, I dunno, a tiny shower.

The wave of cold air as he entered the food court hit him like a fire truck, and for a moment he considered retreating to his 1982 Plymouth Reliant wagon out in the parking lot. He’d slept there before. But, the girls were expecting him home.

Unfamiliar faces, here, and in the main gallery. The girls had been doing good business.

Trudged to his makeshift bedroom in the Sears at the other end of the mall.

Bill Fomo collapsed on the polished tile floor, releasing his grip on his unopened can of Pepsi, which rolled in a straight line to an abrupt stop under the customer service desk.

It could never be enough. No matter how many tenants they packed in, Maude would always want more money. Antigone could feel it all going wrong.

"What if we set hard limits in advance?" she said. "Let’s decide how many spaces we want to fill and then let’s rent only that many. I know there’s nothing I hate more than a retail space that’s oversubscribed."

Maude appeared to be considering what she had said, but it turned out she was only staring out the window at a city bus as it deposited a fresh raft of abandoned mall walkers.

"Fifty-five hundred dollars a week," Maude said, hopping down off her counter. "You and I both know we can do much better than that."

Antigone had to admit she liked having pocket money for new cassette tapes and giant pretzels. On the other hand, the mall was abandoned. It wasn’t really their property. None of them were even supposed to be inside the place, much less performing historical reenactments of consumer transactions.

And what would they do when Dad found out?